Spanish Lit Month: Love in the Time of Cholera by Gabriel Garcia Marquez

Country: Columbia. Marquez grew up in Columbia, though he has since lived in other countries including Mexico and Spain. The recipient of the Nobel Prize in Literature in 1982, he is most famous for his novels and other fiction, including One Hundred Years of Solitude, The Autumn of the Patriarch, No One Writes to the Colonel, and Chronicle of a Death Foretold. Many of his works have been published in English.

From GoodReads: In their youth, Florentino Ariza and Fermina Daza fall passionately in love. When Fermina eventually chooses to marry a wealthy, well-born doctor, Florentino is devastated, but he is a romantic. As he rises in his business career he whiles away the years in 622 affairs--yet he reserves his heart for Fermina. Her husband dies at last, and Florentino purposefully attends the funeral. Fifty years, nine months, and four days after he first declared his love for Fermina, he will do so again.

My review: A couple years ago, I read Marquez's novel One Hundred Years of Solitude and thought it was one of the most amazing things I'd ever read. I absolutely loved the author's writing as well as the elements of magical realism combined with a historical setting. Given my high expectations based on this book, therefore, I found Love in the Time of Cholera a wee bit disappointing.

I didn't think Marquez's writing and the story were as engaging. They just didn't immediately draw me into the novel. Perhaps it's because I had problems connecting to the characters; Florentino Ariza's rather creepy in his devotion to Fermina Daza, Fermina becomes a little cold-hearted and marries without love, and a significant portion of the book takes place as the two progress into older adulthood. There were few fantastic elements to the story, which I found personally disappointing, though the lack didn't actually subtract anything from the novel.

I really enjoyed the historical setting, however. The plot spans several decades on each side of the turn of the  20th century, so in the background of the novel readers see some of the impacts of industrial progress on both urban and rural landscapes in Latin America. The story develops at a comfortable slowness, always interesting but never either completely engrossing or, on the other extreme, boring. It's a nice read to sit back and relax with during the summertime, becoming absorbed in the historic love affair, but it's not going to become one of my favorite books of all time as did One Hundred Years of Solitude. 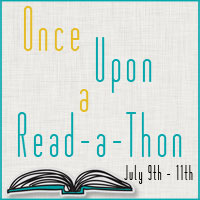