From World Literature Today:
The Elegance of the Hedgehog by Muriel Barbery

Won:
This Side of Salvation by Jeri Smith-Ready (thanks, For What It's Worth!)

Purchased at the local library book sale:
The Mark of the Golden Dragon (Bloody Jack #9) by L.A. Meyer
Kallocain by Karin Boye
Fantastic Stories by Abram Tertz
Spellbound: Inside West Africa's Witch Camps by Karen Palmer
Collapse by Jared Diamond
Among Stone Giants: The Life of Katherine Routledge by Jo Anne von Tilburg
Revolution and the Word: The Rise of the Novel in America by Cathy N. Davidson
We Mean to Be Counted: White Women and Politics in Antebellum Virginia by Elizabeth R. Varon 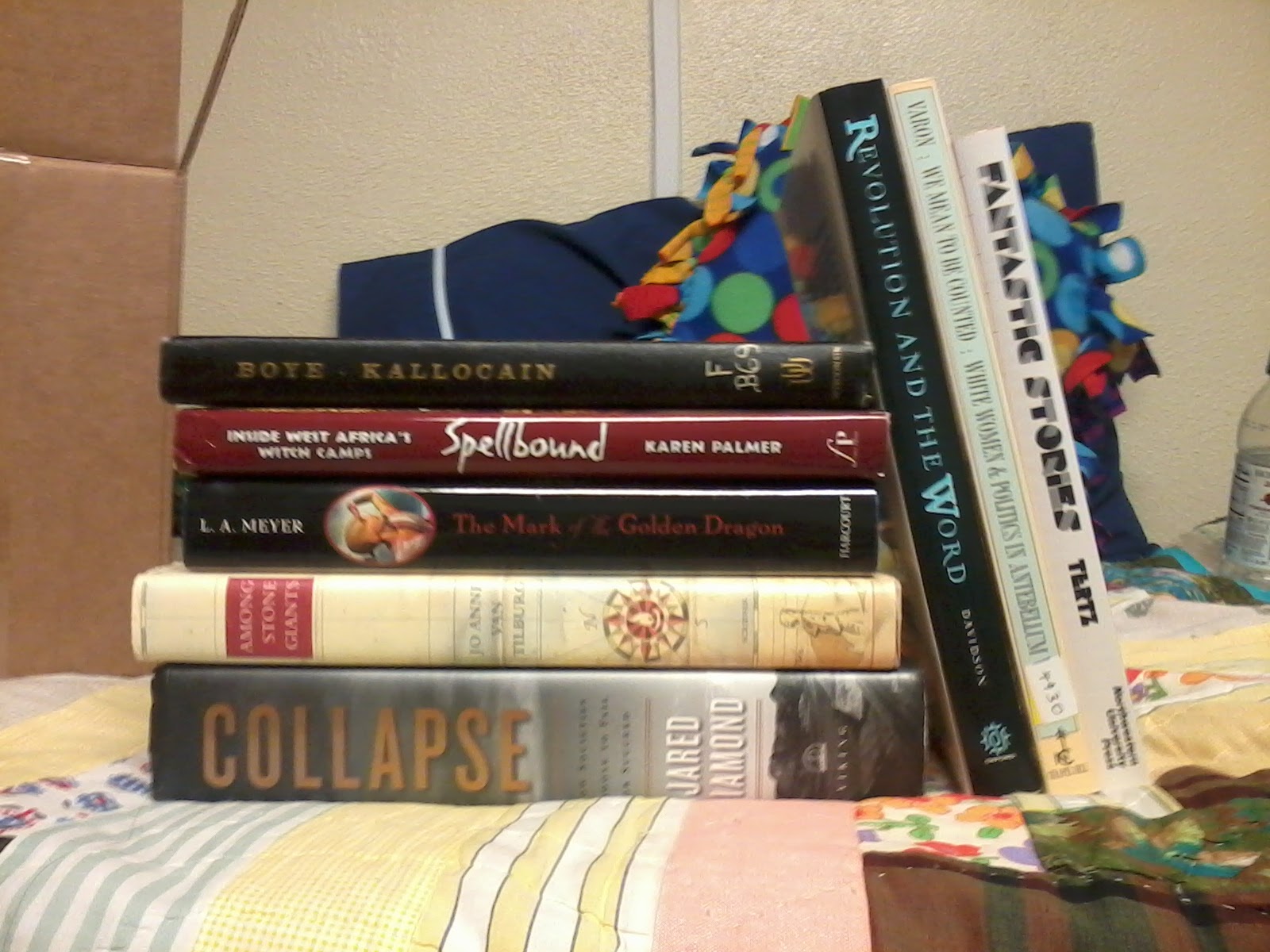