Classic Lit: The Wind in the Willows by Kenneth Grahame

From GoodReads: Meek little Mole, willful Ratty, Badger the perennial bachelor, and petulant Toad. In the almost one hundred years since their first appearance in 1908, they've become emblematic archetypes of eccentricity, folly, and friendship. And their misadventures - in gypsy caravans, stolen sports cars, and their Wild Wood - continue to capture readers' imaginations and warm their hearts long after they grow up. Begun as a series of letters from Kenneth Grahame to his son, The Wind in the Willows is a timeless tale of animal cunning and human camaraderie.

My review: This is the third time I've attempted to read The Wind in the Willows, thinking that being an older teen, not a child, I'd be more patient with a "classic." Just a couple chapters in, I realized why I'd never finished this novel - it's boring. Being ten years older makes me only more determined to finish the book once I start it, not more patient.

I actually find it odd that The Wind in the Willows is boring. It's an enchanting and charming classic, with all its little animals running around and talking like Victorian British men. The plot's not that slow, there's regular events that should be exciting, and it's a rather quick read. Yet, at least for the first half of the book, even the exciting events don't seem exciting. The author's style is just kinda blah blah blah blah, not really making much differentiation between important events and insignificant details and descriptions. The longer I read, though, the more interested I became in the stories. The book and I passed into a stage of more comfortable stand-off, and eventually - in the last two or three chapters - I was actually engaged in the novel. Toad was one of the most irritating and annoying characters ever encountered, but at least there was some excitement and real adventure! 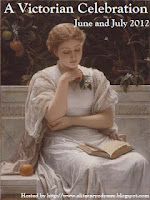 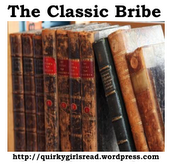